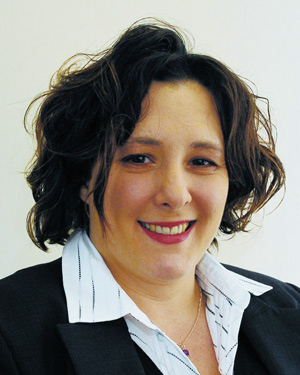 Is that unusual for a hazardous waste landfill? Don’t they all require active pumping?

It’s a particular method that they call hydraulic containment. If you site a landfill in a setting like this, where the groundwater levels are naturally higher than the base of the landfill, the theory is that there will be an inwards pressure from the groundwater, and you can control that by pumping from the landfill, and that contains any potential contamination because water is coming into the landfill and you’re pumping it out, and it’s not migrating out into the aquifer.

So that’s the theory behind it.

But the worry with this particular setting is that it’s not at all clear how much water will need to be pumped to keep control of the system. While the landfill is being filled, groundwater levels have to be kept below the base of the landfill. There’s a concern that the pumping volumes needed to control the water levels in this setting have been very much underestimated. And there’s no good data to support what they’re pumping currently from the existing landfill. As the extension goes into this area that’s been actively mined with the shafts, you’d expect that there’d be quite a lot more fracturing, quite apart from old mine workings. So you’d expect that there could be quite a lot more groundwater inflow than from the existing landfill. And this hasn’t been quantified. It’s likely that the volumes of groundwater might be quite a lot more than the planned infrastructure for the site can cope with.

The worst case scenario is that they wouldn’t be able to handle the pumping volumes, which means that the integrity of the landfill liner might be compromised, or the facility might be inundated with groundwater, which leads to a risk of pollution. The quality of the water in the coal measures itself is not particularly good, plus you’ve got whatever’s in the landfill to contend with as well.

The real concern is that this groundwater will require treatment before it goes offsite because it’s not of a suitable quality to be discharged into the surface water system.

Is that a practical option?

It hasn’t been examined in any detail. And I think it might be cost-prohibitive. There’s a real lack of detail in the planning application. There’s no sensible estimate of how much water they are going to have to deal with. Much of the planning and infrastructure of the site depends on knowing what that volume is.

What other concerns do you have about the suitability of the site for taking hazardous waste?

There are two key things that haven’t been looked at, in my view. The first is that in this particular setting the groundwater levels will come up above the coal measures, so they are exerting this upward pressure. So while you’re filling the landfill you need to pump the groundwater to keep the level below the base. Otherwise it will interfere with your operations. Then when you’ve filled the landfill to a certain level, you allow the groundwater levels to come back up. But it’s absolutely necessary that the weight of waste above that is enough to counteract the pressure of the water pushing up. And if it’s not, you get what’s called basal heave.

These hazardous waste landfills are lined with clay and a synthetic liner, which are designed to prevent pollution from the waste mass moving into the surrounding aquifer. So if you have a situation where the waste mass is not sufficiently heavy to counteract the pressure of the groundwater pushing up, the liner can rupture due to basal heave.

We’ve done some calculations and it’s not clear that there will be sufficient waste thickness to counteract basal heave, and it’s not clear at what point they’ll be able to know there’s a sufficient thickness if they’re not monitoring the density of the waste that’s landfilled. Detecting whether or not this is an issue once you’ve got tens of metres of waste is a difficult thing. I feel there’s not been a thorough enough examination.

This relates to the second factor: there’s uncertainty about whether there’s sufficient demand for this facility. They’ve not filled the existing void in the time that they expected. If there’s not sufficient waste to fill the void, you’re in a situation where you have to pump groundwater out forever, which won’t be financially sustainable.

If they don’t have enough waste to fill it, they’ll have to keep pumping. And if they don’t keep pumping, for example, if the company goes bust, then several years into the future when there’s no money left, if the pump turned off and there was basal heave, then you have a situation where the containment that’s designed into this system is completely compromised, and hazardous pollutants can leak into the Coal Measures aquifer.

What are the potential consequences of that?

So there’s a potential linkage between the site and water features – would this be sources of drinking water or a lake for wildlife – what would it be?

This is a private abstraction – a borehole. It’s not a public drinking water supply but there would be a household that might drink it, or it might be used to water animals. Plus surface water: small ponds, streams and ditches might be affected by pollution.

It’s less likely that basal heave will cause pollution of the river. If there is an issue with not being able to control their discharge volumes and needing to pump a lot of water to somewhere, then potentially that might impact on the river.

What happens after the site closes, if it ever does close?

Most landfill companies have to put by a certain amount of money for post-closure, so that there is money available for ongoing operations to control environmental issues. The timescales tend to be 25-50 years.

This leads to another deficiency in the application documents. When you close the landfill, for a certain period after the landfill is complete, you allow groundwater levels to recover, but you keep pumping leachate [fusion_builder_container hundred_percent=”yes” overflow=”visible”][fusion_builder_row][fusion_builder_column type=”1_1″ background_position=”left top” background_color=”” border_size=”” border_color=”” border_style=”solid” spacing=”yes” background_image=”” background_repeat=”no-repeat” padding=”” margin_top=”0px” margin_bottom=”0px” class=”” id=”” animation_type=”” animation_speed=”0.3″ animation_direction=”left” hide_on_mobile=”no” center_content=”no” min_height=”none”][liquid consisting of water and hazardous pollutants from the landfill] from the landfill, so the levels of fluid in the landfill are quite low. Groundwater goes into the landfill very slowly through the clay lining, because clay doesn’t let water in very easily. And you keep pumping leachate.

The applicant (Whitemoss Landfill Ltd) has proposed that there will be some point in the future where the leachate content becomes benign. At that point leachate pumping would stop and groundwater would slowly seep into the landfill mass. The groundwater level would eventually recover to normal levels. But there’s no attempt to describe how the quality of that water would evolve through time. It’s simply assumed that it would be benign. There’s been no real attempt to understand how long it would take for the leachate quality to become benign before he turns the leachate pumps off. We think this would be an extremely long time. We also think that once they do turn the leachate pumps off, it’s highly likely that the groundwater coming in would wet the waste mass that had previously been kept quite dry, and you would get a cocktail of polluting leachate.

We think this could be a significant issue, especially as over time, over tens of years, the system will no doubt deteriorate. You don’t expect these hydraulic containment systems to go on forever. At some point down the line, they will start to break down and degrade. We concerned that the applicant has not tried to estimate how this would happen, over what timescale, and what sort of impacts it might have. There’s a reasonable possibility that it could have a serious effect on the local groundwater. The possible connection to the private borehole and water features in the south has not been properly examined.

Another aspect that hasn’t been looked at is that there is a certain amount of water held in the smaller sand and gravel and peat aquifer that sits at the top of the soil profile. As the water flows into the hole that’s being dug, the aquifer will become dewatered, leaving it dry. The applicant hasn’t tried to describe over what distance they’d expect that effect to be seen. When peat becomes dewatered, because it’s got a very high water content, it can shrink a lot, and this can cause stability issues for properties – namely subsidence. In the road that goes past the landfill you already see quite a few bumps in the road that are subsidence-related.We might expect to see more of that surface ground movement as the peat is dewatered. If your house happens to be sitting on ground that’s been dewatered and you get subsidence, then you’ve got a structural issue with your property.

We feel that the proposals for monitoring surface and groundwater quality are not adequate throughout the operation of the landfill. Our issue is with the number of possible contaminants that they’re suggesting they should look for. If you look on the list of permitted wastes, there’s a very large range of substances that are permitted to be landfilled. And if this application and the environmental permit were approved, they wouldn’t have to ask anybody after that point, if they wanted to landfill any of the substances on this list. But the list of contaminants that they want to look for is actually quite restricted. It doesn’t cover the wide range of substances they might landfill. So we think there’s a plausible scenario in the future where they start landfilling a particular waste stream that has pollutants in it that they are not obliged to look for. The suite of contaminants they are going to look for is too narrow and should be much wider.

Can you sum up your view of whether Whitemoss is suitable for landfilling hazardous waste?