Fancy 3 million tonnes of toxic waste on your doorstep? 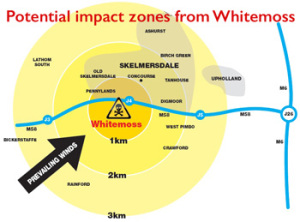